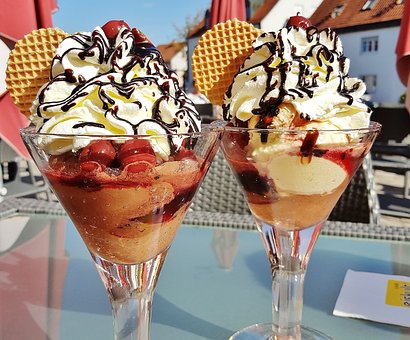 In January, when my husband had been eating an overfilled cone, no fewer than three people stopped to ask him where he had found it. This post is an effort to assist those dedicated souls that are looking for this creamy treat in the cold season. Allow me to outline the rules I will follow: first, these places are all in Manhattan and all on the West Side. Secondly, I will deal only with the authentic thing-frozen yoghurt, soft serve, sherbet and ices have their place, but I am restricting myself to the hard core-the complete fat-the true ice cream.

Many years ago, when I was a refugee from the west coast, I heard that Baskin Robbins was finally coming to New York. We mounted an intrepid group of ice cream eaters and motored up to Bronxville to find it. Yes, the 31 flavors were all there including our beloved Rocky Road, its most famous flavor since 1945. B&R has retained its high quality and mostly good flavors (does anybody actually want bubblegum?) And deserves to be recognized for its pioneering spirit. Go to the web to find a location near you. Westsiders, please note 606 Tenth Avenue and 1342 Amsterdam.

Coldstone Creamery in 162 West 72nd Street has an illustrious history as the originator of stuff-mixed-in-ice-cream-on-the-spot. Frankly, I am in this mostly for the mix-ins–the ice cream is merely a delivery system and is OK for those who like quantity over quality.

Haagen Dazs is now represented on the West Side mostly by pints at Duane Reade stores (not bad if you are in need) but the fresh stuff can still be found on the Upper West Side in 2905 Broadway @ 113 St. I might almost have to compare their hot fudge with the legendary Will Wright’s. Growing up in Los Angeles, we would go to Will Wright’s and purchase one scoop of the chocolate burnt almond ice cream (whole toasted almonds in it and on top) with fresh whipped cream and the best hot fudge in the world. You couldn’t eat a second scoop. When Will retired, he did not sell his shops-he closed them down. No one who knew them has ceased to mourn for them. But Haagen Dazs has a fairly good substitute. I think HD’s natural flavorings are the very best and it has the distinction of an extra high fat content. Yum.

And now, Emack and Bolio’s. This little store on Amsterdam just below 79th Street does a rollicking business even in winter from its tiny storefront. We had a terrific banana ice cream reminiscent of Howard Johnson’s very nice version-maybe better-we have to do more research to make up our minds.